A Brief Introduction to Ice-Penetrating Radar 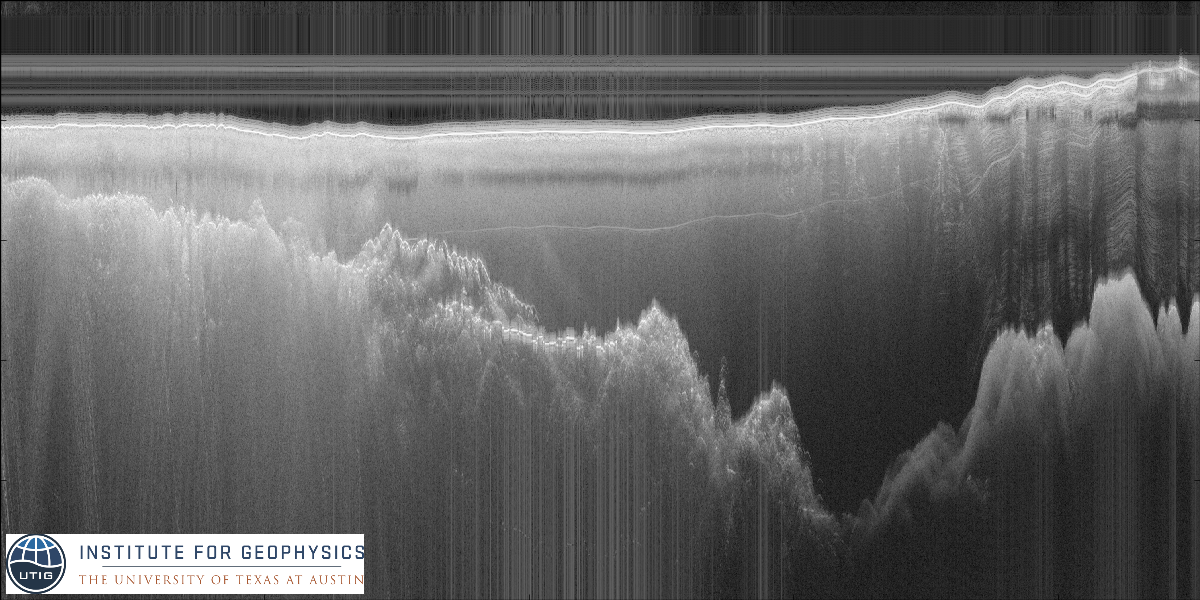 I've been working with ice-penetrating radar data for years, and I still think it's so flipping cool that we can see through kilometers of ice using radar. This is possible because ice is mostly transparent to electromagnetic energy at radar frequencies. We see reflections at the air/ice interface, within the ice where its properties change, and at the ice/rock (or ice/water) interface.

Over the last few decades1, my group has collected airborne ice-penetrating data all over Antarctica: 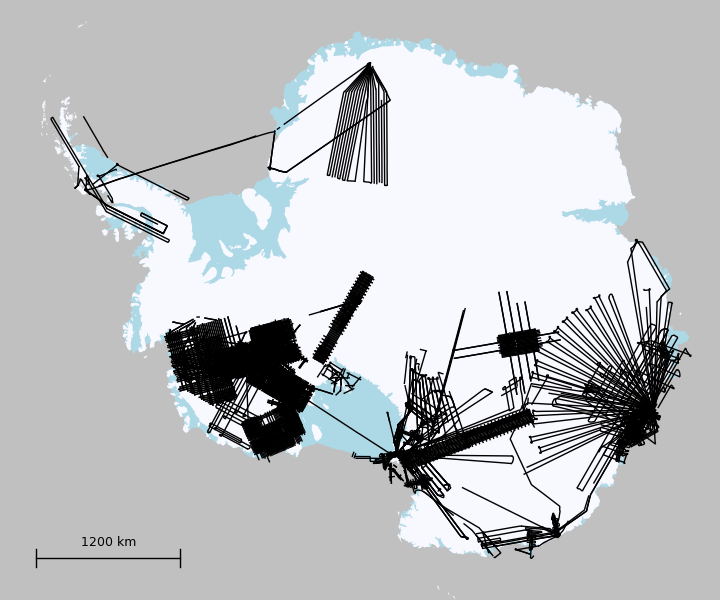 In order to collect this data, we mount antennas and recording equipment on a modified DC3. These are unpressurized WWII-era airplanes that have been updated with new engines. The left image below shows JKB taking off from the Casey skiway; the right image shows one of my colleagues monitoring the instruments during a flight. As the plane flies, the radar transmits 6250 pulses every second. After each pulse, it listens for reflected energy; this returned signal is what you're looking at in the radargram.2 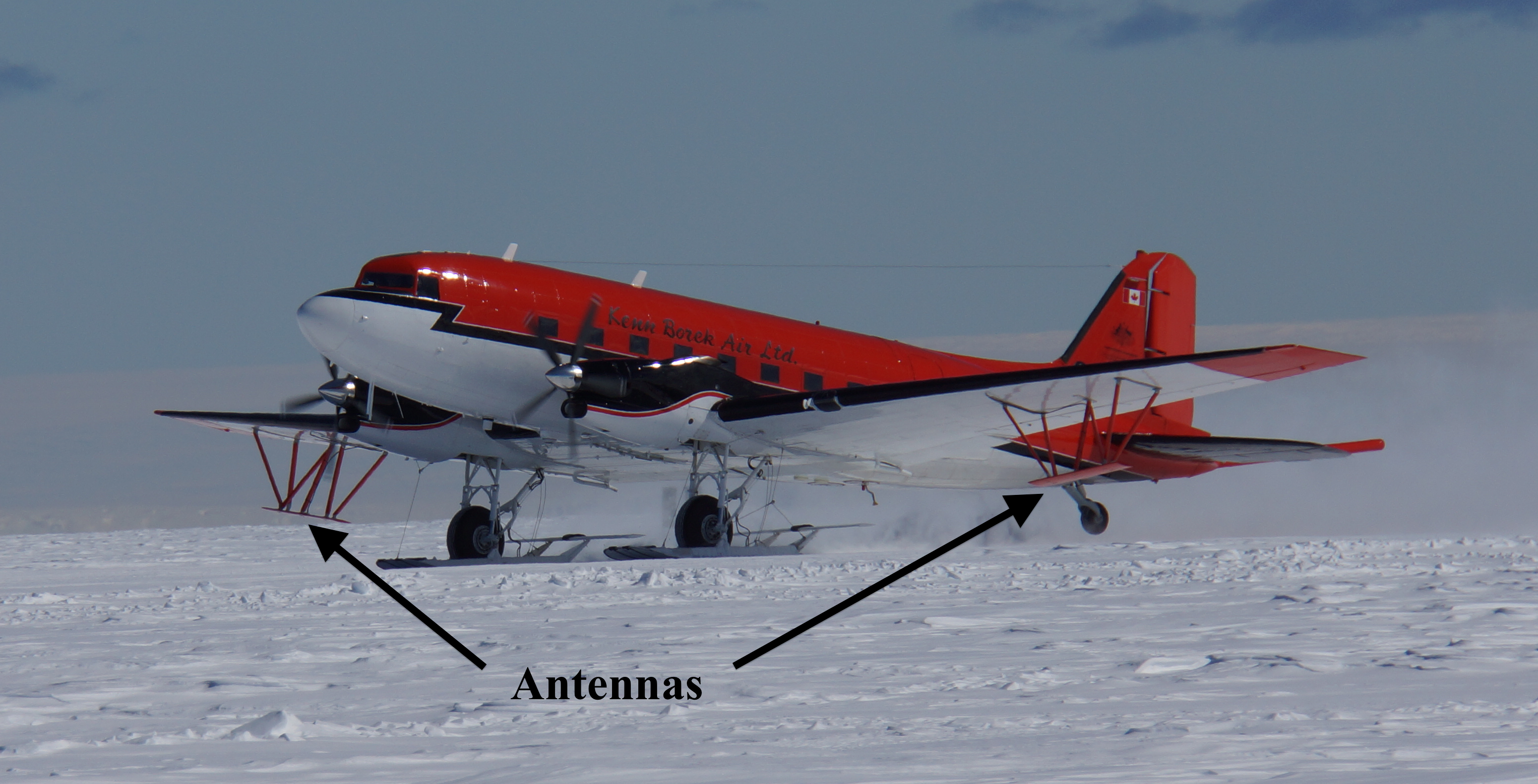 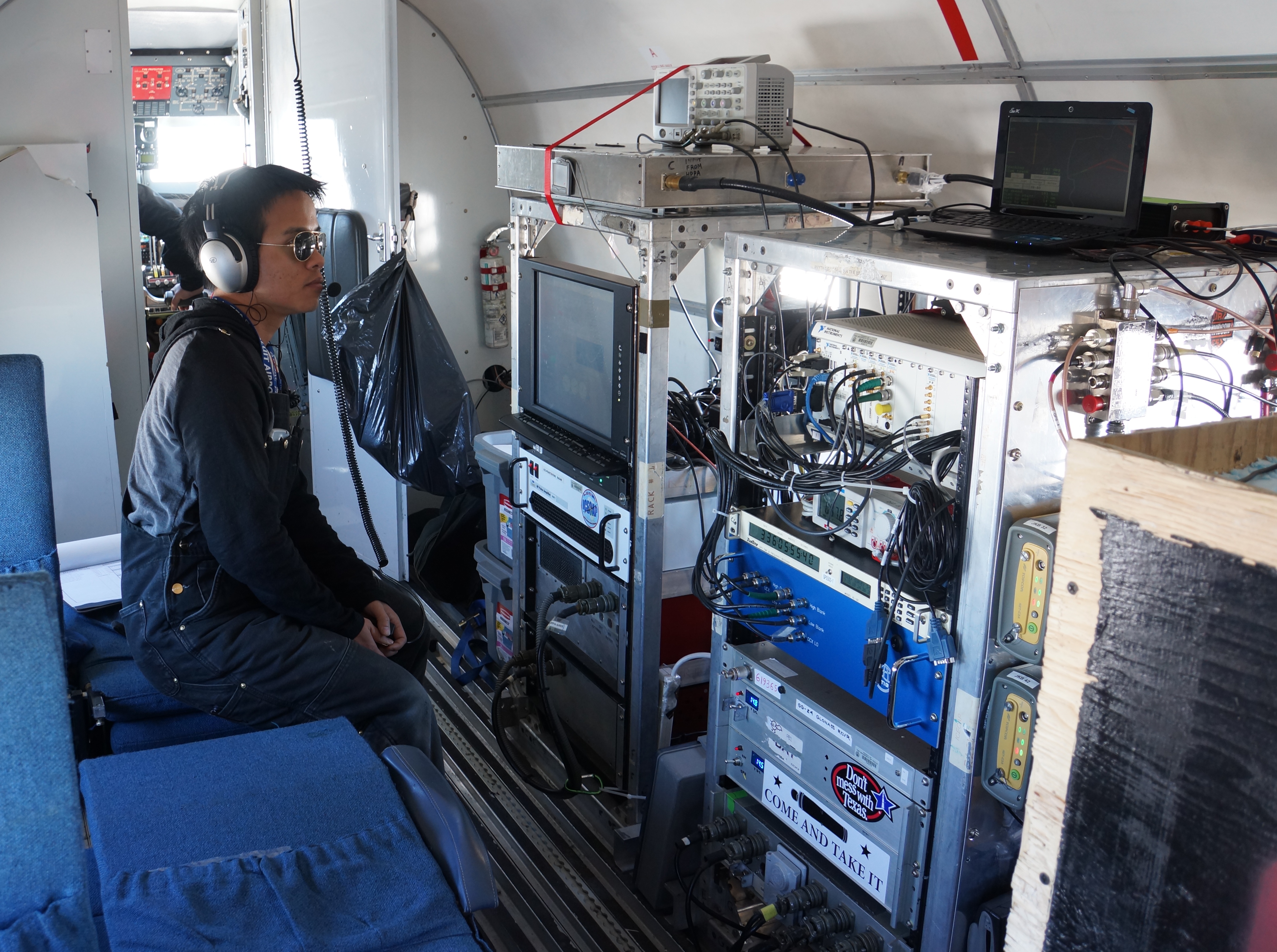 I spend a lot of time studying radar profiles like the one below. The x-axis is distance along the flight line, and the y-axis is height.3 In effect, we're looking at a slice of the ice sheet. White corresponds to a strong reflection, and we can clearly see the surface and bed all along the transect. This particular profile is running along the Totten Ice Shelf; it is highlighted in red on the right (zoomed-in) image below. The star indicates the start of the profile. Note how the bed signal gets weaker as we cross the grounding zone - radar energy reflects more strongly from water than from rock. 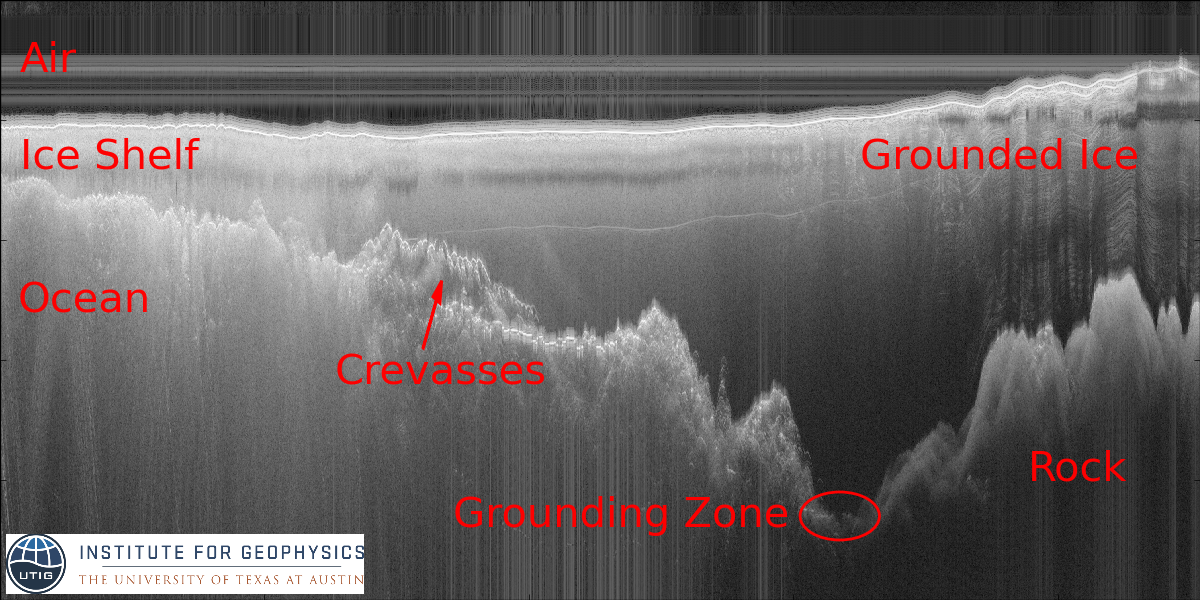 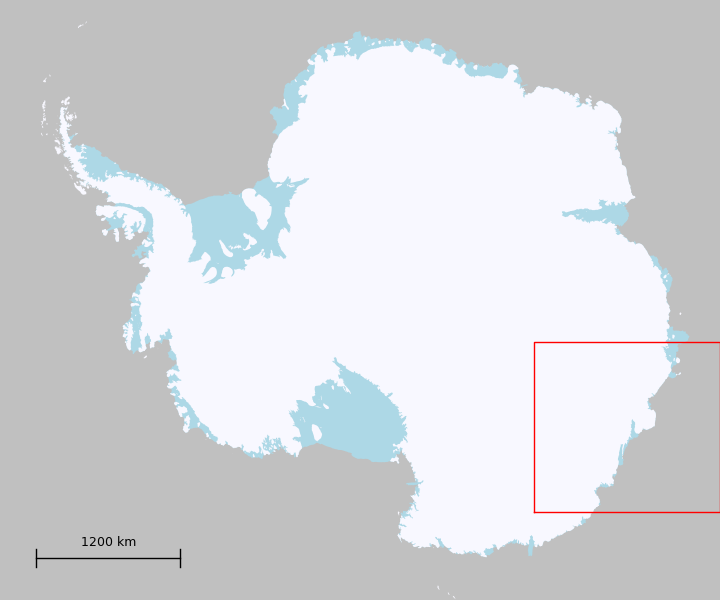 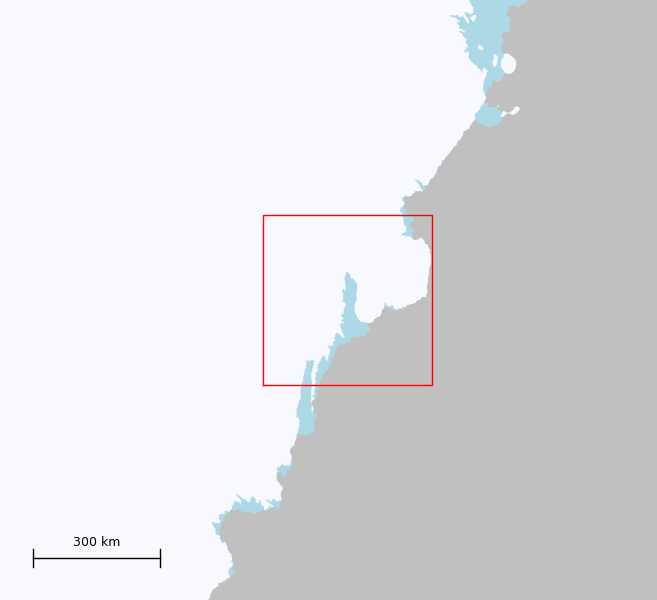 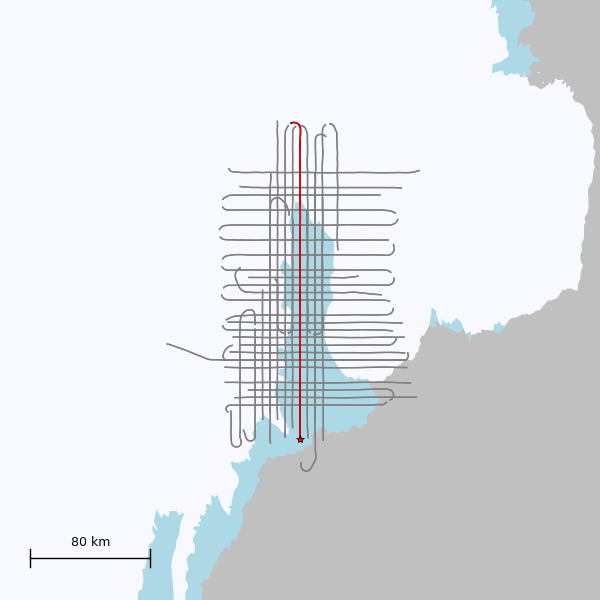 Totten Glacier is interesting because it is losing mass relatively quickly, as determined by satellite gravity4 and altimetry.5 Among other things, radar data is used in areas like this to better determine the location of the grounding line and to calculate the volume of ice in the drainage feeding an outlet glacier.6

When looking at radargrams, another thing to watch out for are multiple reflections, which can be confused for the bed or a layer. These most commonly occur when the radar energy bounces back off the plane, to the surface, and back to the plane. It is possible to distinguish such a multiple from a true layer because it is always the same distance below the surface as the plane is above the surface, which means that the multiple's apparent slope is twice that of the surface's. An example of this type of multiple can be found in the Totten transect above. Below, we have data from over the Ross Ice Shelf. The ice shelf is thin enough, and the bottom echo strong enough, that we see multiples due to the radar energy bouncing between the ice's interfaces, as well as back off the plane. 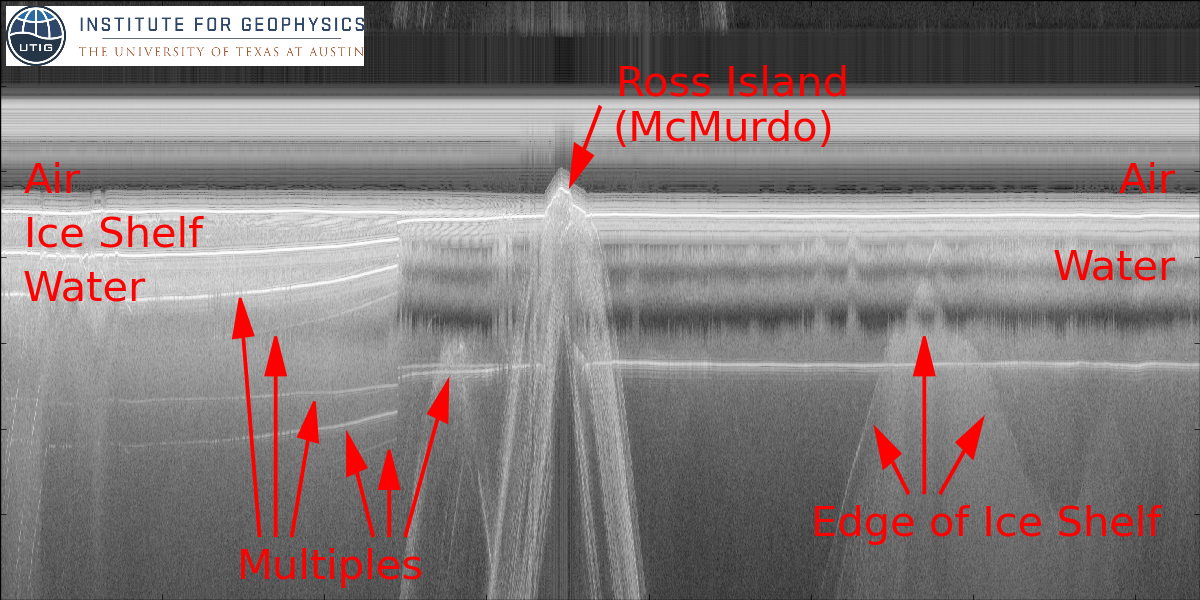 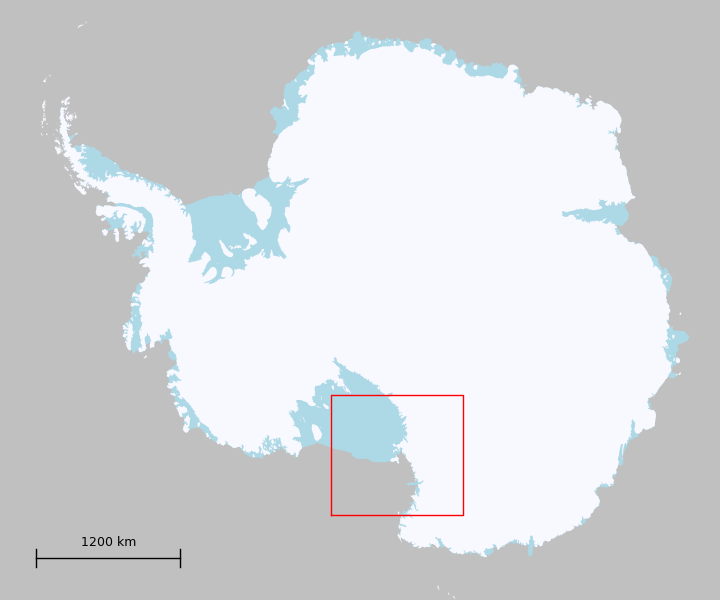 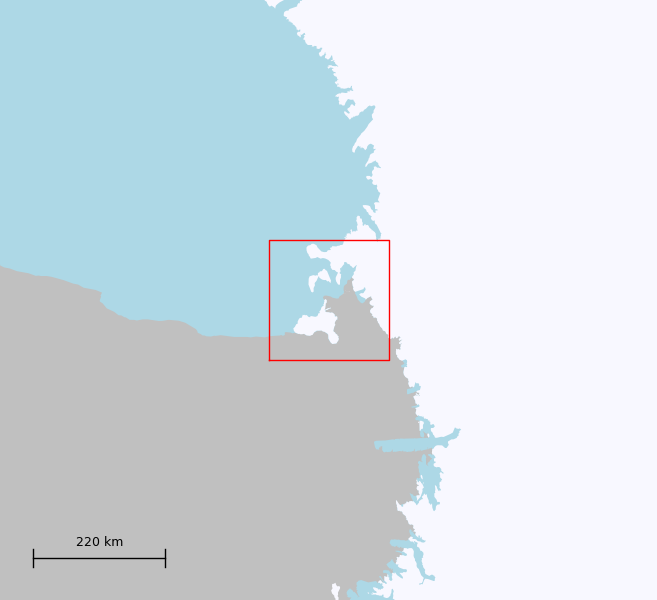 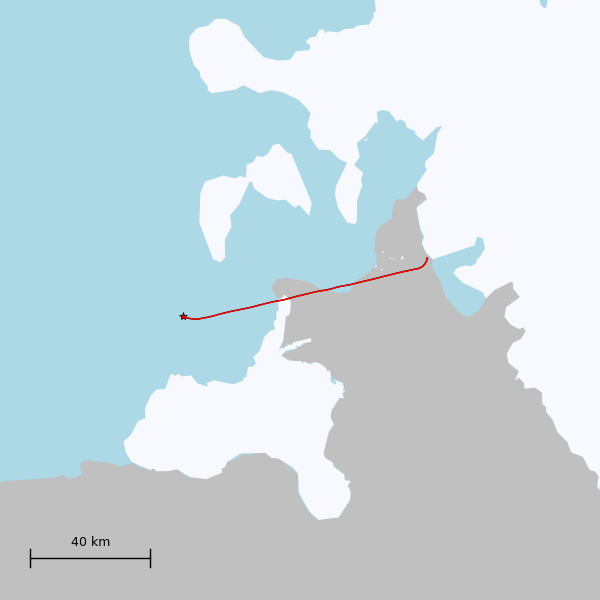 Radar data can be more difficult to interpret than laser data because the beam pattern is not anywhere near as focused. This means that the energy received at a given point in space is not necessarily a reflection from directly below the airplane, as would be most convenient/intuitive to assume. On our airplane, the along-track pattern is a single lobe with half power at 152-degrees (below, left). Cross-track, the first lobe is at 22-degrees, and is only 2.4dB weaker than the main lobe directly below the airplane (below, right). 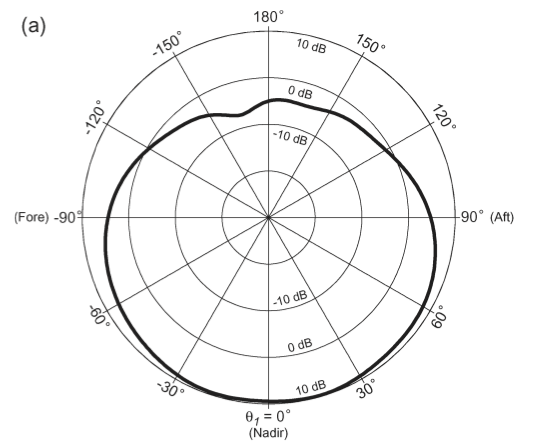 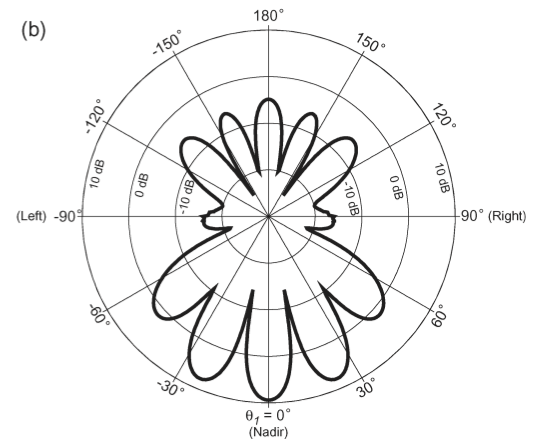 (Figures from7, showing the antenna's gain in dB as a function of angle.)

Reflections from the side

The previous radargram has an undulating surface that could be confused for the bottom of an ice shelf. However, looking at a map, we can see that this region is either open water or sea ice. The location of the ice shelf's edge roughly matches the reflector's geometry, so this is actually the side of the ice shelf reflecting energy from one of the sidelobes! Echoes off to the side aren't always so easy to interpret. Here's a more confusing transect flying along a valley: 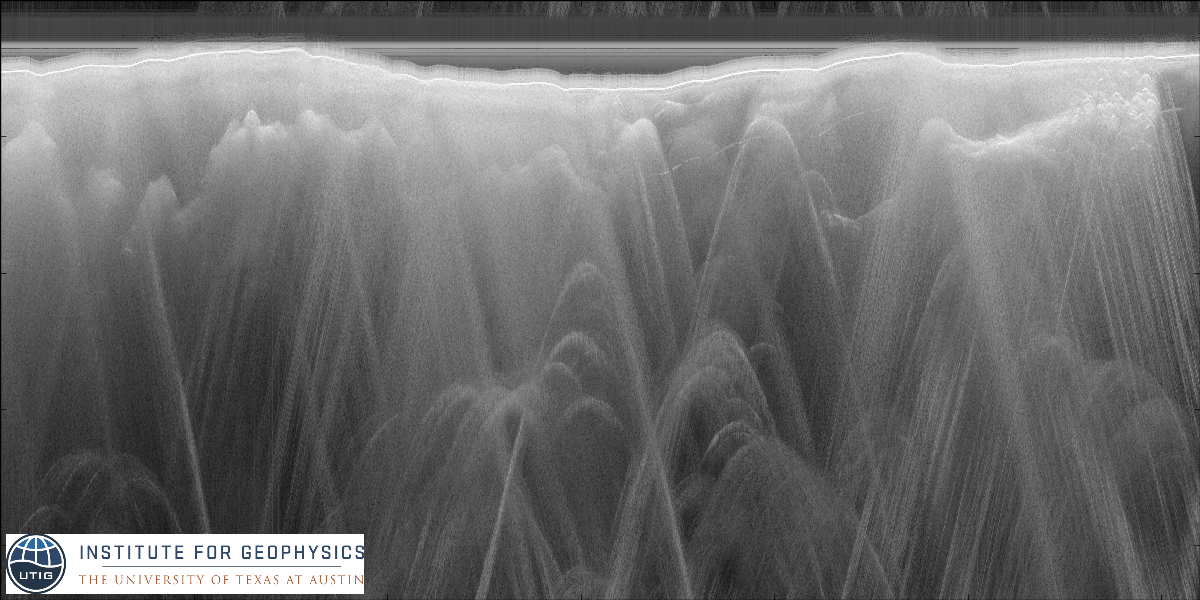 A number of research groups are actively working on how to determine whether a signal is a side echo or originates from directly below the aircraft, but it's not yet a solved problem. Techniques that have been tried include recording from multiple antennas at the same time and comparing the phase difference,8 or comparing the radar data to a known elevation map of the surface.9

The wide beam pattern along-track also means that a strong reflector will be seen long before/after we actually fly over it. These show up as hyperbolas in the radargram, as illustrated in the cartoon below: 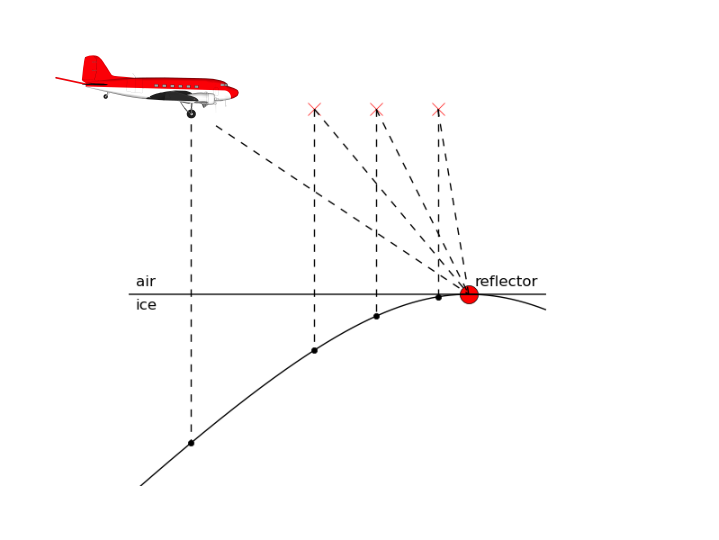 Crevasses are very good reflectors since a corner will reflect energy along the same path that it came in on. They show up well in some regions of the Totten Ice Shelf transect above. Man-made structures also show up as strong reflectors. In the radargram below, we see South Pole Station as a set of hyperbolas. Their peaks appear below the surface reflection because this transect didn't directly cross the station - it was about a kilometer to the side.

There are existing processing techniques for dealing with a wide along-track beam angle that reduce the appearance of hyperbolas. The basic idea is that you've observed the same location from a number of different positions as you're flying over it, and can use that redundancy to figure out where the "real" reflector is,10 but the details are a topic for another post. 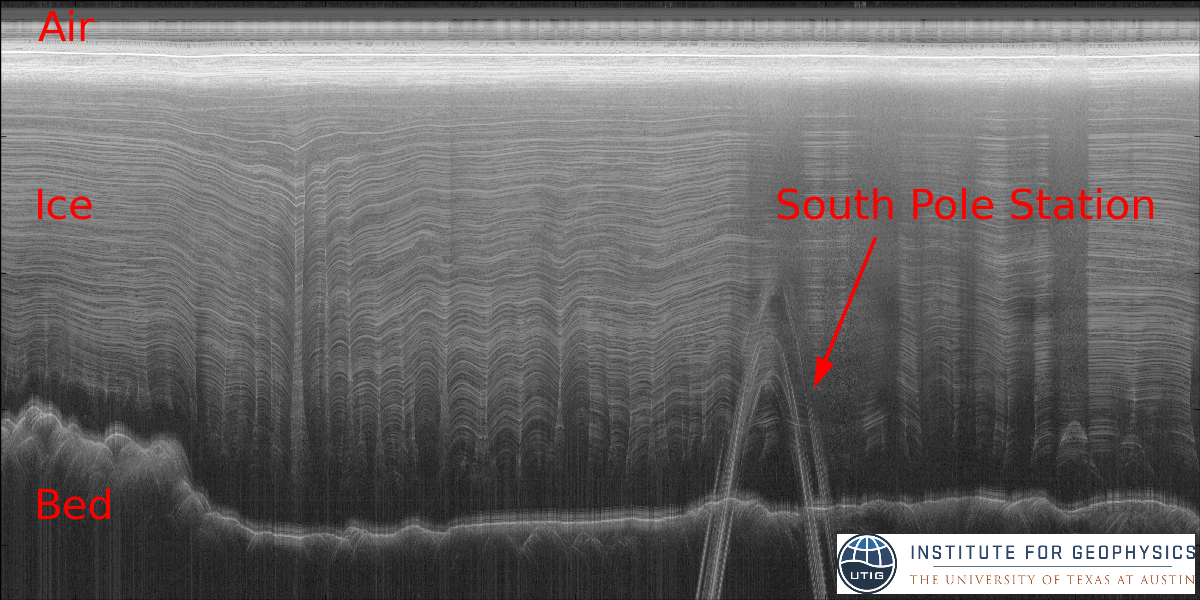 The radargram above has striking layers which are also wonderfully useful for modelling the ice sheet. A lot of work is done to correlate layers observed in radargrams to ice properties directly measured from a drilled core. This is analogous to studying tree rings, but over a much longer time frame. There are ice cores from East Antarctica that provide a climate record for the last 800,000 years.11 Once you have this correlation, and if you can trace a continuous layer across a region, you then know the age-depth relationship for the ice sheet. The deformation of layers also contains information about how the ice has been moving.

A colleague claims that no presentation about Antarctica is complete without a penguin. They're far too small to show up in radar data, but here's a picture of a pair from Shirley Island, near Casey Station: 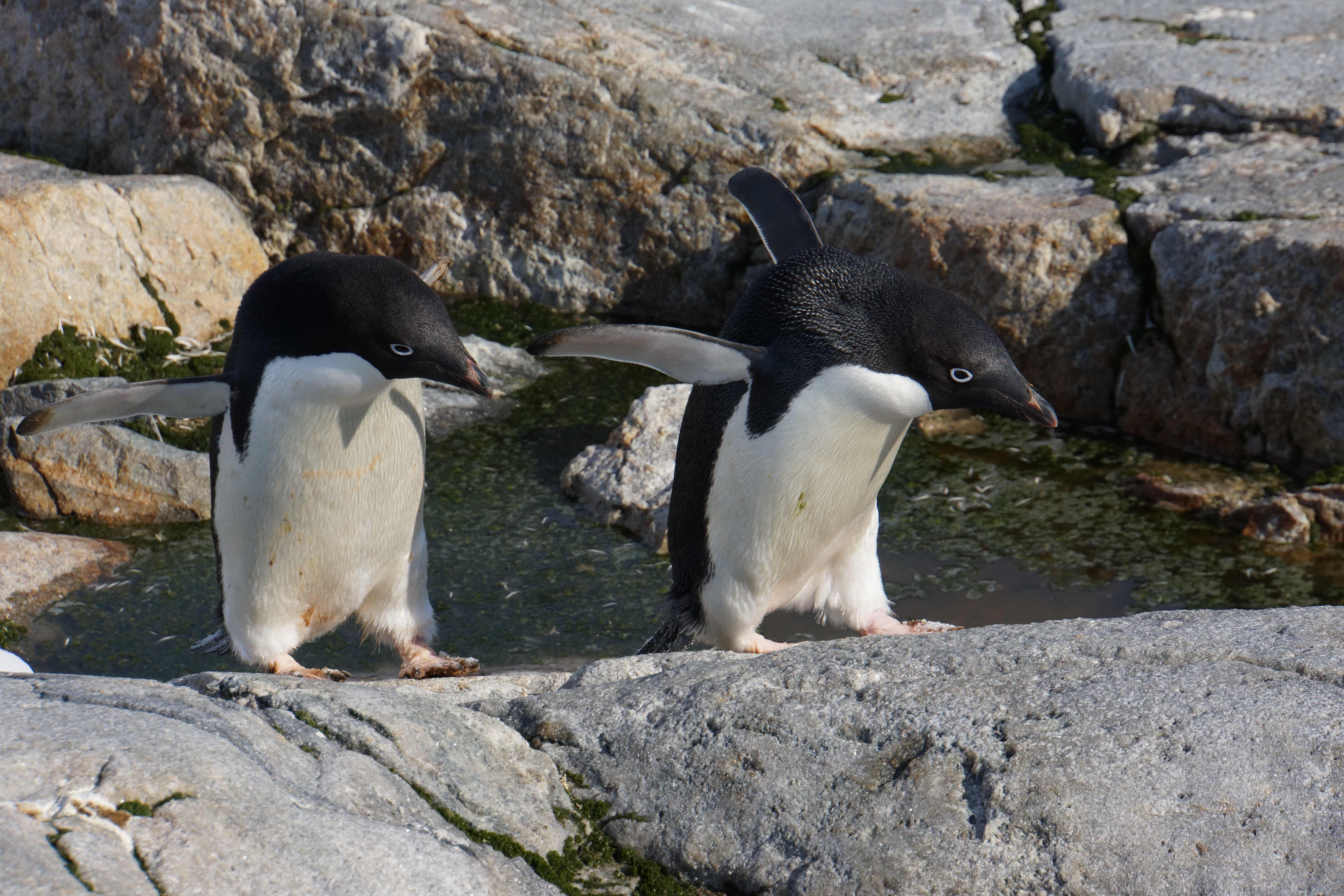 Thanks to Mindy Preston for comments and questions about an earlier version of this post!